Still at Gregg's with great internet, so I'm keeping up the photos... Today was great. We were up super early because of the time difference. Max made it until 5, so we were able to function pretty well throughout the day. We walked a TON! The boys were troopers and took time in the stroller, but they both walked quite a bit. We started the day with a tour of the largest mosque here in UAE. It was modeled after the Taj Mahal and was just gorgeous! I had long sleeves, but not a head covering, so I had to use the covering offered my the Mosque. Thankfully it was a pretty cool morning, so I wasn't hot. 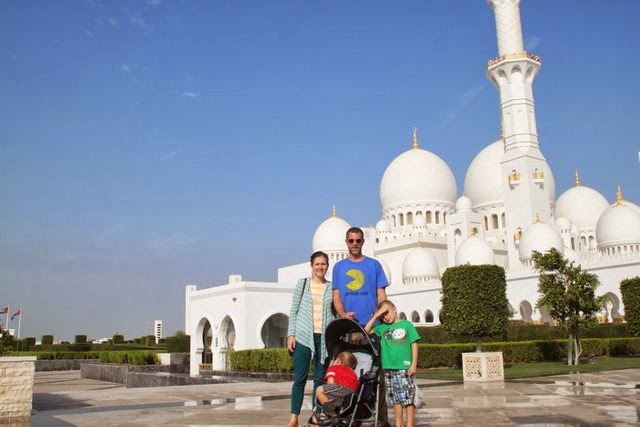 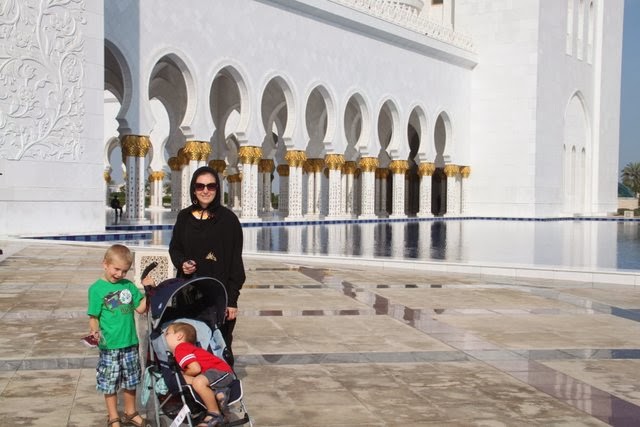 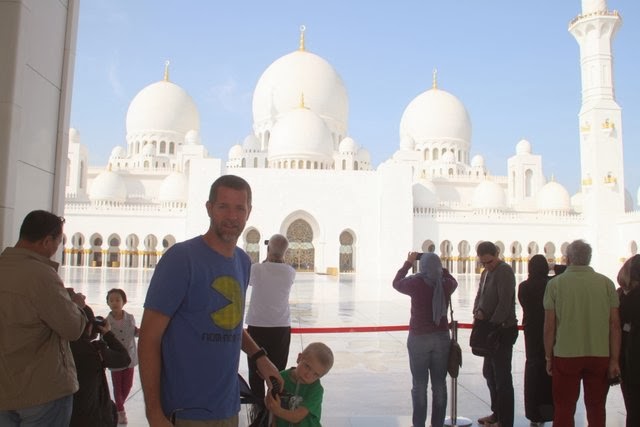 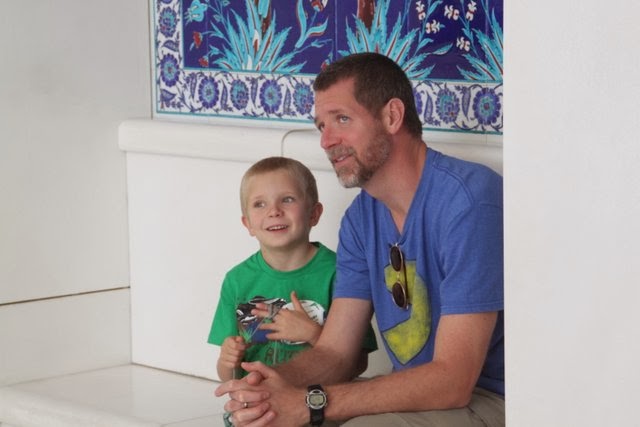 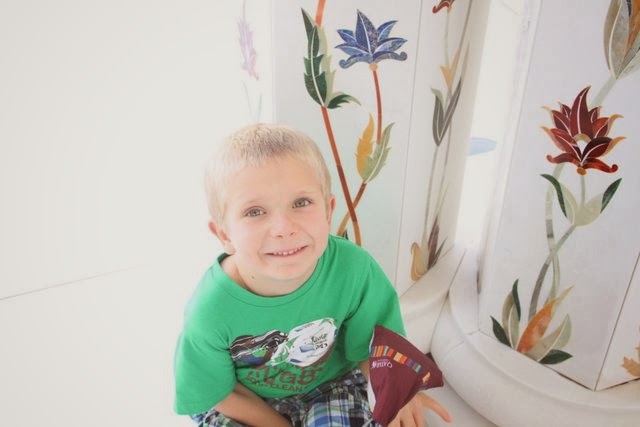 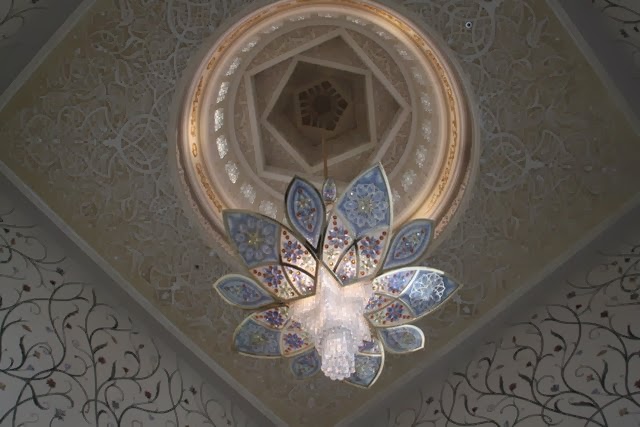 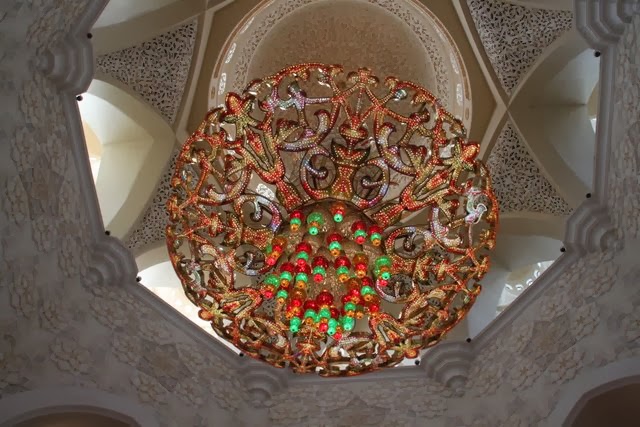 Jack kept busy during the tour... {max was napping} 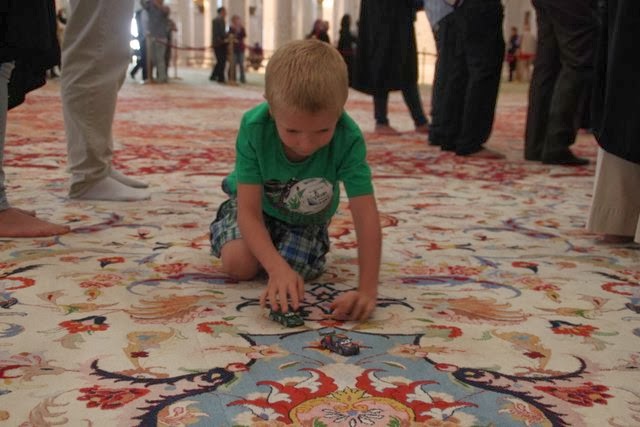 After that we took a bus to the other side of the city and ended up at a mall with a Fudruckers... that was a pretty fun surprise! 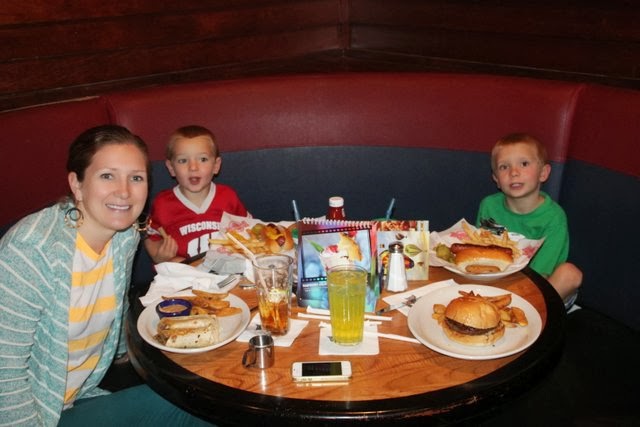 After lunch we walked over to the Heritage Village, which was a collection of traditional nomadic homes, a museum and some crafters showing of their craft. 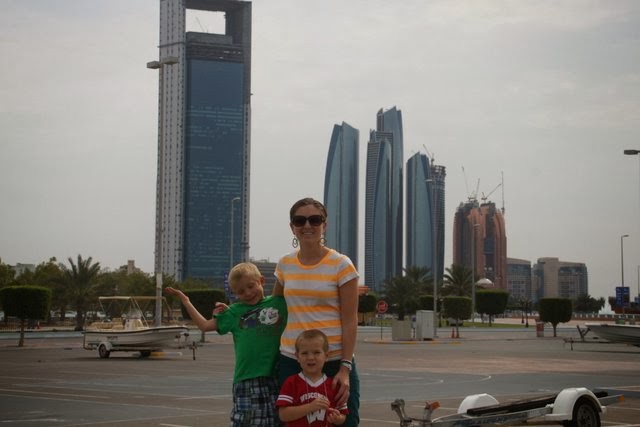 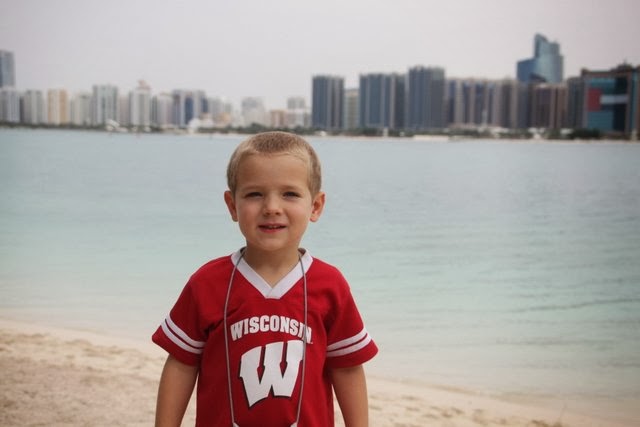 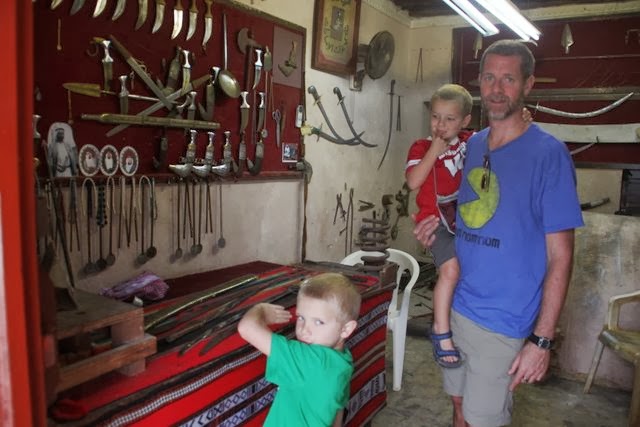 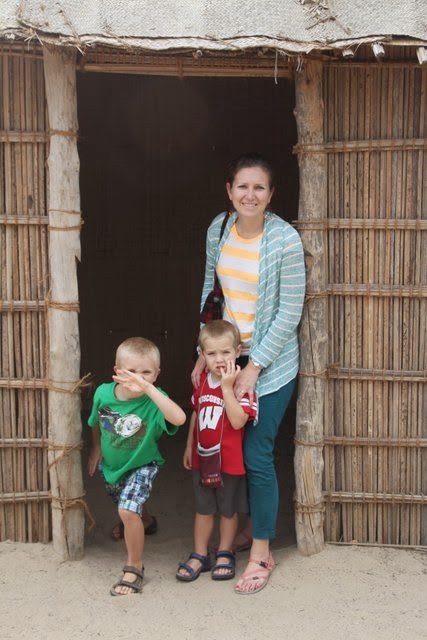 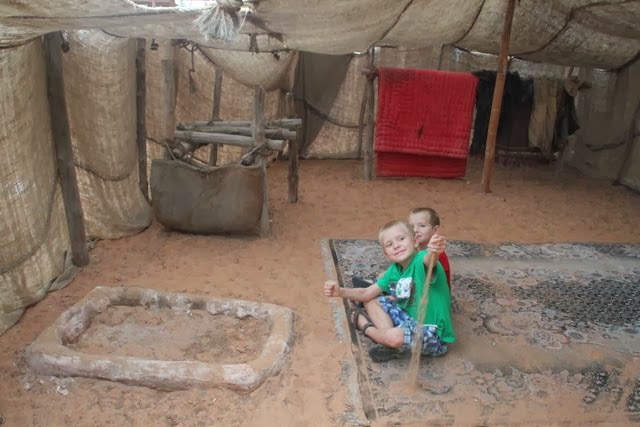 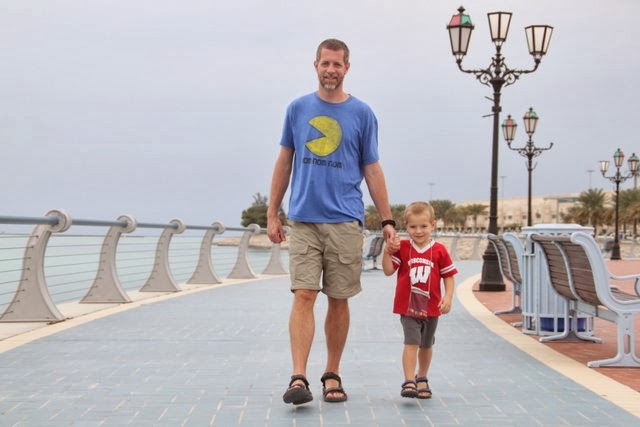 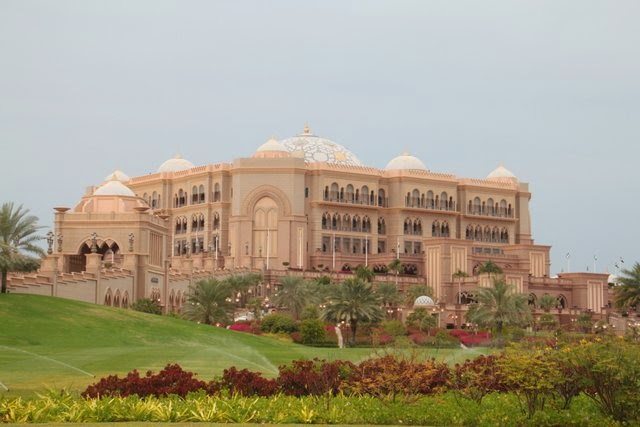 The city just has some gorgeous views... 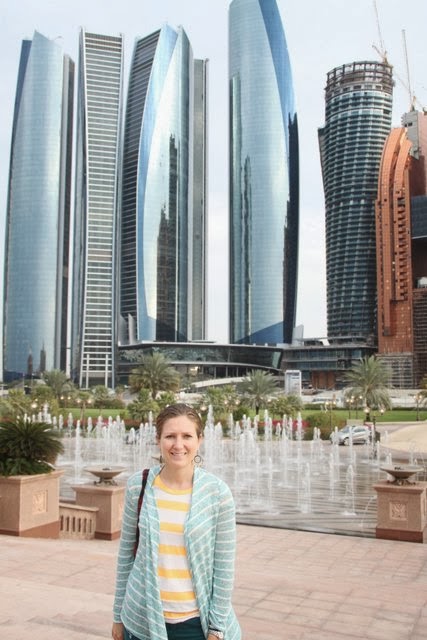 we did end up at a park again for the boys in the late afternoon. Then the bus back to Gregg's and a pizza dinner at home. Boys crashed early.. I think we tired them out...
Posted by Emily Thompson at 1:02 AM

your family pic in this post is just gorgeous! everyone looks great and happy!